If one of your goals in life is to visit as many cities around the world as possible, simply continue reading to discover 4 new destinations, which you may be interested in visiting in the near future!

If you enjoy exploring historical attractions and museums, it’s well worth visiting St. Petersburg which is home to a variety of grand, ornate palaces and museums. One example of which is the Hermitage Museum, which is the second largest cultural museum in the world and is housed in the Winter Palace.

The Winter Palace was once the official winter residence of the Russian Monarchy and was built by Peter the Great.

For the ultimate seaside vacation, it’s well worth visiting Hawaii. Which boasts some of the most picturesque beaches in the world. Imagine lying on a deck chair, on a white sandy beach with a Mai Tai in your hand and staring at the turquoise ocean.

Other experiences in Oahu which you may be interested in, include swimming with a dolphin or sea lion at Sea Life Park, attending a traditional Luau at the Polynesian Cultural Center and embarking on a movie tour at Kuloa Ranch. Some examples of popular films which have been filmed at Kuloa Ranch include “Mike and Dave Need Wedding Dates”, “Jumanji” and “Godzilla” and “Fifty First Dates”.

If you love spending time in the great outdoors, it’s well worth booking a flight to New Zealand. Queenstown, which is located in the South Island boasts a wide variety of action-packed activities. Some examples of which include heli-skiing, dog-sledding, bunjy jumping, jet boating and horse riding.

If you’re after a more relaxing travel experience you may want to ride the Skyline Gondola to the top of a hill, which offers scenic views of downtown Queenstown and Lake Wakatipu. If you’re up for a thrill, you might want to ride a luge down the hill. If you plan on traveling with family or friends and you’re up for a bit of competition, you may be willing to race your companions down the hill.

While Madagascar may be best known as the title of hit animated movie, Madagascar is also an underrated tourist destination. One of the reasons why Madagascar is such a great vacation destination as it’s jungle is teeming with wildlife, many species of which are native to Madagascar. Some examples of which include the foosa, a cat-like mammal which can only be found in Madagascar and a few native varieties of lemurs.

Better yet, as Madagascar is an island nation, which is located in the Indian Ocean, it boasts a wide array of world class beaches, which are just waiting to be explored.

So if you’re really keen to explore new destinations around the world and are in need of a bit of vacation inspiration, it’s defintely well worth adding all four of the fun-filled destinations above to your bucket list. 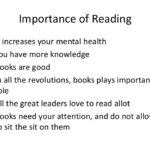 Why Reading Is Important For Your Health0 Total Shares