If you only have time to read three books in the coming months, it’s well worth sitting down with the three books listed below. All of which have sold millions of copies worldwide and which are sure to entertain generations of readers for decades to come. 3 Of the Best Books of All Time:

1. To Kill a Mockingbird

It was first published by Harper Lee in 1960 and revolves around the upbringing a young girl who grows up in Monroeville, Alabama in 1936. While this popular story is primarily a story about growing up in the South, it also addresses a wide variety of societal issues such as racial inequality, gender-based discrimination, class divides, and rape.

It also expertly mixes stories from young Scout’s day to day life with serious events. An example of when her father, a lawyer by the name of Atticus Finch decides to defend an innocent black man who is being tried for raping a local woman. The stakes are high as if Finch’s defense loses, his defendant will most likely face the death penalty.

In “Nineteen Eighty-Four”, the ruling government persecutes individual thinking and individualism, via a team known as the thought police. The leader of the ruling government is a mysterious figure knowing as Big Brother who has no regard for the well-being of his citizens and instead is intent on showcasing his power by punishing anyone who is caught by the thought police.

If you’ve never picked up a piece of Russian literature, it’s well worth getting hold of a copy of “War and Peace”, which was written by Leo Tolstoy, a far easier book to get into, than you may think.

This char topping novel follows the lives of several Russian individuals, each of whom lived through the 1812 invasion of Russia by Napoleon. Examples of the characters whose eyes you’ll experience the invasion through include Natasha Rostova a young girl, who experiences adolescence and womanhood during the course of the book’s timeline and Prince Andrei Bolkonsky who serves as an aide de camp during the Napoleonic Wars.

One of the features which makes this particular story so different to other stories, is that for dozens of pages you’ll follow a character like Andrei Bolkonsky who finds himself on the frontline of the Napoleonic Wars, while at other times you’ll read several chapters which revolve around the everyday lives of Russia’s aristocratic upper class.

So if you’re looking for a new book to read and want to be assured that the book which you pick up is a gripping winner, it’s well worth reading “War and Peace”, “To Kill a Mockingbird” or “War and Peace”! 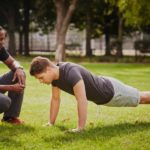